Amazon On Way To Lose $10 Billion This Year 2022 From Alexa, Other Devices 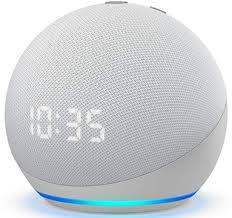 Amazon Alexa is reportedly on a pace to lose $10 billion this year as the voice assistant never managed to create an ongoing revenue stream.

Amazon is reportedly on pace to lose $10 billion this year from Alexa, as its voice assistant has failed to create an ongoing revenue stream. Amazon is currently undergoing its largest-ever round of layoffs, with plans to eliminate 10,000 jobs across the company, the media has reported. According to a report by Business Insider, one of the hardest hit areas is the Amazon Alexa voice assistant unit, which is losing favour with the e-commerce giant.

This group lost $3 billion in just the first quarter of 2022. The report says the hardware team is on pace to lose $10 billion this year. A former employee described Alexa as a “colossal failure of imagination” and “a wasted opportunity”, according to the report.

Jeff Bezos reportedly lost interest in the project in 2020, and new CEO Andy Jassy is less protective of Alexa. The report claims that Amazon’s Echo line is doing well, but the majority of the devices are being sold at a loss. One document reportedly described that the business model makes money when people use the devices rather than when they buy them. However, by the fourth year of the experiment, most people were only using Alexa for trivial commands like playing music or asking about the weather, said the report. The plan was ultimately unsuccessful because those questions do not lead to monetisation.

Meanwhile, after Twitter and Meta announced massive job cuts, e-commerce giant Amazon has become the latest tech firm to start with a layoff exercise in its corporate ranks that will affect around 260 workers at present.

In a notification, the regional authorities in California recently said it would lay off about 260 workers at various facilities that employ data scientists, software engineers and other corporate workers, according to the news agency AP report. These job cuts would impact the employees starting next year from January 17.

In the note shared by the devices and services team on its website, the team’s senior vice president David Limp confirmed that the company is consolidating teams and programs. He said the company will work towards providing support including assistance in finding new roles. If an employee cannot find a new role within the company, Limp said Amazon will provide a severance payment, external job placement support and what he called transitional benefits.