Luxury British supercar maker McLaren is known for making some of the world’s fastest cars. But watch how fast your money leaves your wallet when you get a load of its latest collaboration with longtime audio partner Bowers & Wilkins — the Px8 McLaren Edition headphones, which launched today and retail for $799. 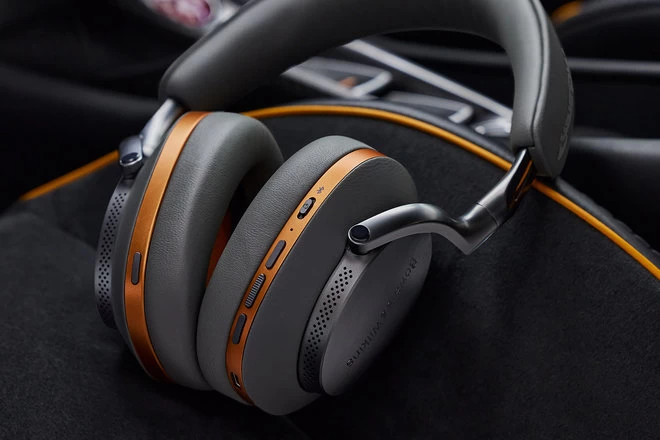 The McLaren Edition is a “specially designed” version of B&W’s premium flagship Px8 wireless headphones, tricked out with what B&W calls a “Galvanic” grey metallic finish and, most notably, a “Papaya” orange ring around each earcup and matching fabric covers inside, which pay homage to the early racing cars of founder Bruce McLaren.

The special-edition headphones were dreamed up to celebrate the two companies’ partnership, which goes back to 2015 when B&W began developing audio systems for McLaren’s cars, and the recent launch of McLaren’s hybrid supercar, the ridiculous Artura, which is of course kitted out with B&W sound. Earlier this year the two companies renewed their vows, locking in a new multiyear deal with B&W becoming McLaren’s “Official Audio Partner.”’

Outside of the cool McLaren stylings, the Px8 McLaren Edition headphones otherwise are just a repackaged pair of their fantastic Px8 cans ($699), which we reviewed back in November. But that’s not a bad thing. They sound great, driven by a pair of 40mm Carbon Cone drivers that are precisely angled to maintain a consistent distance from your ears, have some industry-leading active noise cancellation (ANC), and have a respectable 30-hour battery.

The Px8 are also made for high-quality audio playback and feature Qualcomm’s aptX Adaptive Bluetooth codec technology. You’ll need a compatible phone, though — sorry, iPhone users. But if you truly want to hear what these over-ear headphones can do, you can use the Px8’s direct-digital USB-C connection for lossless 24-bit audio or a DAC (digital audio converter) and the included 3.5mm-to-USB cable if you’re an iPhone user.

Additionally, the B&W Px8 McLaren edition headphones can be set up, fine-tuned, and customized using the Bowers & Wilkins Music App.

“We are tremendously proud of our long-standing relationship with McLaren Automotive, which is rooted in a shared desire to lead in performance,” Dan Shepherd, B&W’s Vice President of Licensing & Partnerships, said in a press release. “The Px8 McLaren Edition celebrates this partnership, extending the appeal of our industry-leading sound performance and McLaren’s DNA to outside the car.”

If you’re lucky enough to have experienced a B&W McLaren car audio system first-hand while hopefully zipping down some empty country road, good for you. If not, dropping the $800 for these headphones might be the closest you’ll get. You can find them at select retailers, B&W’s website, and the McLaren online store.