Mozilla says it’s finally ready to add support for the AV1 codec in the Firefox browser. While competitors like Google Chrome and Microsoft Edge have long supported hardware-accelerated AV1 video codec, Firefox missed out on this feature. But at long last, the browser is finally catching up.

According to a recent update spotted on Mozilla’s bug tracking platform Bugzilla, Firefox will soon be adding support for the hardware-accelerated AV1 decoder. The feature will arrive as part of the Firefox 100 release, which is scheduled to release on May 3.

So why is AV1 support a big deal? For the unaware, AV1 is a royalty-free, open-source video codec that’s widely seen as a replacement for the H.264/AVC codec, which is what most streaming services currently use. It offers better compression efficiency (up to 50%) and improved visual quality than its predecessor VP9 and H.264 and H.265 codecs. More efficient compression means reduced battery consumption for portable devices such as tablets and laptops. Moreover, content encoded in AV1 generally maintains higher quality at a smaller file size than content encoded in H.264. As such, it can greatly improve the viewing experience on slow internet connections.

However, not every Firefox user will benefit from the AV1 codec support. That’s because your system must support AV1 hardware acceleration to fully take advantage of the codec. Microsoft says AV1 is supported on Windows 10 and 11 devices with the following system requirements:

AV1 support will finally bring Firefox on par with Google Chrome and Microsoft Edge. As mentioned above, the feature isn’t live in Firefox yet and will be implemented in the upcoming release (version 100). We’ll be sure to let you know when it rolls out to the public. 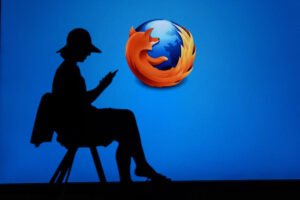 If you have Chrome or Edge on a Windows 10 machine with an updated software package and great graphics support, you can probably run the AV1 video codec. As far back as 2020, Google and Microsoft were officially supporting hardware acceleration in their flagship browsers, but the Mozilla Foundation didn’t make including AV1 video support in Firefox a priority because it requires powerful PCs with current software. According to Mozilla, that was just a small percentage of PCs.

A recent Bugzilla update noted by Neowin revealed that the upcoming Firefox 100 release will incorporate support for AV1, and it will be available beginning May 3, 2022. While Mozilla’s developers had clear reasons to put off the update, it still feels overdue. After all, AV1 is cost-efficient — it’s open-source and royalty-free (unlike MPEG-2 or HEVC). AV1 also offers compression that’s 30% better than the closest competition with little to no change in image quality. Additionally, AV1 processes video by moving the burden from software to your computer’s hardware, which turns out to be pretty energy-efficient and can extend tablet or PC battery life.

In addition to the straightforward reasons to adopt AV1, there’s the fact that it’s friendly to streamers like Netflix. So we can expect that Firefox 100 with built-in AV1 will definitely provide a better streaming experience for anyone watching one of their favorites in the browser. That’s good news for content providers and Firefox fans alike.

Importance of AV1 video codec
Unlike MPEG-2 or HEVC, the AV1 video codec is more cost-efficient as it is open-source and can be used royalty-free. It also offers 30 percent better compression than its nearest rival and has a negligible effect on the image quality.
Moreover, AV1 processes video by transferring the burden from software to your system’s hardware. This method has turned out to be quite energy-efficient which also helps in extending your tablet or PC’s battery life.
Adopting the AV1 video codec can also be helpful for Netflix users, apart from the reasons mentioned above. Firefox 100 with built-in AV1 can be expected to provide a better streaming experience to users binging content on the browser.