Sending private messages to your office friends (or enemies) using Microsoft Teams should soon be a lot more straightforward thanks to a new update. 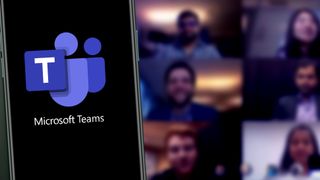 The video conferencing service is adding a feature that will allow users to send in-meeting notifications to a specific person whilst on a call, allowing you to react or respond in a private way.

The new “targeted in-meeting notification” tool will utilize a bot to make sure your message stays (relatively) secret, and is only delivered to the expected recipient.

In its entry on the official Microsoft 365 roadmap(opens in new tab), the company doesn’t go into a lot of detail about how the feature will work, but it seems likely it will operate as a separate option whilst in a meeting or on a call, letting a user interact directly with a single other participant.

The feature is still listed as being “in development”, but does have a scheduled general availability date of February 2023, meaning users won’t have too long to wait to experience it.

When released, Microsoft says the feature will be available to Teams users on desktop and mobile platforms alike, with Windows, Mac, Android and iOS all included.

The release is the latest in a series of Microsoft Teams updates as the company looks to make its platform more personal and engaging for users everywhere.

Recently, it announced a fix that will let users track down full chat conversation threads after clicking on a search message results, meaning that when users click on a Teams message search result, they are taken to a view that contains the full thread that features the desired message, rather than just a single line of text.

But on the extreme flip side of its latest new addition, the platform has also launched a feature that will allow chat participants to mention everyone in a group all at once.

Similar to how users can currently “@ mention” a particular person within a chat, Microsoft Teams users will now be able to have the option to @ mention “Everyone’. Doing so will mean all participants in the chat will receive a notification, meaning everyone will get a nudge, but also leading to a potentially deafening cacophony of pings and alerts on devices across your office.