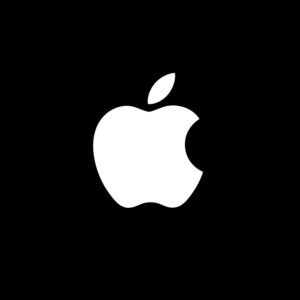 One of the biggest events in iPhone maker Apple’s calendar, the Worldwide Developers Conference is scheduled to begin on June 6. While Apple fans are keenly looking forward to it, tech enthusiasts are also excited about it. The event, which has created a lot of curiosity among fans and the media, will go on till June 11.

Though WWDC is designed as a conference for developers, what everybody is looking forward to is the launch of new operating system updates that will be rolled out to A ..

The keynote will take place on June 6 at 10:30 pm IST. The event should begin with Apple executives shedding light on the software updates that will arrive on Mac, iPhones, Apple Watch, iPads and other Apple devices this year.
iPhone users are quite excited about iOS 16 which is touted to be the next big update for the device. Though iOS 16 will most likely be launched in September or October, the Cupertino based tech giant will use the WWDS as a platform to offer a glimpse of the most prominent features in iOS 16. At the moment, not much is known about iOS 16 but one hears it will bring some enhancements in the Focus mode. User might also notice a slight change in notifications once iOS 16 is released.
Since the last couple of years,  has been working towards getting iPadOS loaded with a large number of features so that people get a wholesome experience while using it. Some rumors, which have emerged in the recent past, have pointed towards multi-tasking getting easier on iPads after the introduction of the iOS 16.

With the arrival of iOS 16, Apple Watch is expected to receive an important update. Bloomberg reported Mark Gunman has asserted that  is in the process of gettin ..

Since it took inspiration from Californian national parks to name some of its macOS updates, it is being said that the macOS 13 might be titled Mammoth. It has also been suggested that Universal Control will be one of those features that will be upgraded with the launch of macOS 13.

Apple unveiled the annual Worldwide Developers Conference 2022 lineup, including keynote and Platforms State of the Union, and shared more information with developers about what they’ll learn and experience. Free for all developers, WWDC22 will introduce developers and designers to explore the latest technologies, tools and frameworks coming to iOS, iPadOS, macOS, tvOS, and watchOS.

Apple’s Worldwide Developers Conference (WWDC) is back, and this time it’s happening on June 6 with a traditional keynote set for 10 am PT (10: 30 pm IST). As it has been for the past few years, the annual developer conference will be all-virtual, free for all developers. The event primarily targets developers, but in recent years, Apple has used the annual WWDC to announce new services and hardware. But the developer conference remains a software-focused event, with the Cupertino giant announcing updates to iOS, watchOS, iPadOS, and macOS at its biggest show of the year. Here’s what we expect at WWDC 2022.

How to watch the WWDC 2022 keynote

Apple’s keynote will take place on June 6 at 10am PT/10:30 pm IST. It will most likely be streamed on Apple’s website and the official  YouTube channel. Or else follow our live blog for the latest news, updates and expert commentary related to WWDC 2022.

It has  been updating its iOS, iPadOS, macOS, watchOS and tvOS on an annual basis and this year will not be any different. It is almost certain that Apple will introduce a new version of iOS, likely to be called iOS 16. Bloomberg has reported that iOS 16 will reportedly bring “significant” improvements to notifications, alongside health improvements. There are also rumours that Apple is planning to add a new car crash detection feature as well as a satellite-based emergency feature. Don’t expect a full visual redesign this year.

For iPad users, a new version of iPadOS will get more multitasking features and could even get a “pro” mode. While macOS 13 remains a mystery, watchOS 9 could get more health and fitness-focused features. There are also expectations that tvOS will be overhauled this year, though there are no significant details available as of now. We have heard rumours of rOS or realityOS, the software that will power Apple’s upcoming mixed reality headset that has been in the works since 2015.