In a series of tweets, the anonymous leaker claims that all iPhone 15 models will have curved edges with a Dynamic Island. The edges are said to create the same effect as on the Apple Watch, where Apple uses subtle curves to make the display look like it is spilling over the sides of the watch. This is a popular trend on Android smartphones, which is where I suspect the comparison comes from. 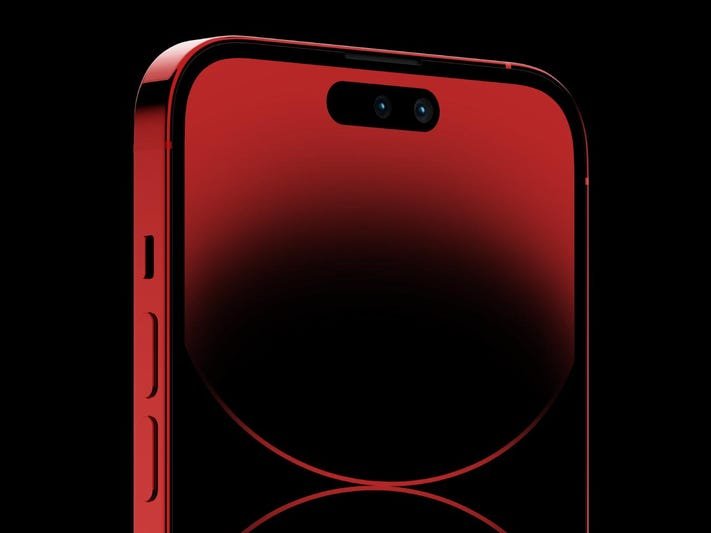 No doubt some iPhone fans will be concerned at the thought of their phones looking more like Android rivals. ShrimpApplePro does reassure them that their source “described the iPhone 15 pro max (aka ultra) as very beautiful,” with Apple also revealed to be slimming down the bezels on Pro models.

That said, if the leaker’s comparisons are correct, I suspect there will be a significant amount of shock and even backlash from hardcore Apple fanboys.

In addition, ShrimpApplePro says that iPhone 15 displays will be the same size as the iPhone 14 series (6.1 and 6.7-inches) and use Ceramic Shield glass. The leaker states that their source sees no difference in the size of the front-facing camera hole on standard iPhone 15 models and believes there will be no upgrade here. This makes sense.

Despite an outlandish moniker, ShrimpApplePro has a strong track record and was the first leaker to reveal the new pill-shaped cut-out in iPhone 14 Pro models, which ultimately housed the Dynamic Island. The leaker also expects the iPhone 15 range to come with solid-state volume and power buttons, something now widely reported by other sources.

With iPhone 15 prices expected to increase, Apple needs to capture fans’ attention, and it appears that the look of these phones will be one way the company goes about it — for better or worse.

Rumors so far suggest we can expect USB-C for all models, and the Dynamic Island is going to expand to the standard iPhone 15. Apple will use Qualcomm modem chips for the new devices as its own modem chips aren’t quite ready. The standard iPhone 15 models will get an upgrade to the A16 chip, while the iPhone 15 Pro models could use improved 3-nanometer A17 chips. Pro models could see an upgrade to titanium frames, along with periscope lens camera technology for improvements to zoom.

This roundup covers everything that we’ve heard about the iPhone 15 and iPhone 15 Pro, but keep in mind that it’s early in the development cycle and Apple’s plans could change. According to Bloomberg‘s Mark Gurman, Apple might potentially replace the “Pro Max” version of the iPhone 15 with a new “Ultra” model. Apple in 2022 introduced the Apple Watch Ultra, and it has also used “Ultra” naming for the highest-end version of the M1.

It stand to reason that the highest-end iPhone available, often the “Pro Max,” could be renamed the iPhone 15 Ultra.

The back edges of the device will allegedly be rounded off, similar to the casing on the 2021 14 and 16-inch MacBook Pro models. Analyst Jeff Pu also believes that Apple will use a titanium frame, and titanium has been confirmed by Bloomberg‘s Mark Gurman.

The iPhone 15 Pro models are expected to feature solid-state volume and power buttons that would be similar to the Home button in the iPhone 7 and the Force Touch trackpad on MacBooks. As of now, the iPhones use a mechanical button that physically depresses, but the solid-state button would use haptic feedback to instead mimic the feel of a button press.

If Apple does add solid-state buttons, the iPhone 15 Pro models could have two additional Taptic Engines at the left and right sides of the device. The two new Taptic Engines would join the existing Taptic Engine.

A solid-state design could perhaps protect against water ingress, but it would likely require new iPhone case designs that offer physical access to the volume and power buttons at all times.

Though there have been ongoing rumors suggesting Apple has considered bringing Touch ID back to its flagship iPhones using an under-display solution, the iPhone 15 models are not expected to include Touch ID and will continue to use Face ID.

Apple is working on an under-display Face ID feature, but it won’t be ready until 2025. Instead, in 2023, the iPhone 15 will continue to use the Dynamic Island, which Apple could expand to all models instead of just the Pro models.

Apple is considering swapping the Lightning port on the iPhone 15 devices for a USB-C port, which would allow it to comply with European regulations that are in the process of being passed. These regulations would require Apple to produce iPhones with USB-C ports in Europe, so Apple either needs to make a worldwide design swap or develop special iPhones for sale in Europe.