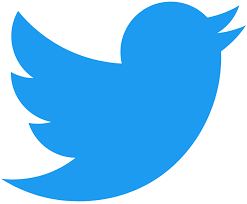 Twitter’s new policy against “crisis misinformation” goes into effect in 2022: What it says is as follows:

Twitter is rolling out a new ‘crisis misinformation’ policy designed to tackle “situations of armed conflict, public health emergencies, and large-scale natural disasters,” ​​Yoel Roth, Twitter’s Head of Safety & Integrity wrote in a blog post. The new policy announcement comes even as Twitter is engaged in an acquisition deal with Tesla boss Elon Musk, who has made his views on ‘content moderation’ known via various tweets and posts. Musk has also insisted that the deal with Twitter cannot go ahead till the platform confirms the number of bots or fake users; Twitter pegs the number at 5 per cent, a claim that Musk is not buying.

Twitter defines “crises as situations in which there is a widespread threat to life, physical safety, health, or basic subsistence.” It adds that in order to determine whether a claim is misleading it will relies on “verification from multiple credible, publicly available sources, including evidence from conflict monitoring groups, humanitarian organizations, open-source investigators, journalists, and more.”

This will be a global policy which will “help to ensure viral misinformation isn’t amplified or recommended” by the platform during crises, adds the blog. The post notes that as soon Twitter has evidence “that a claim may be misleading, we won’t amplify or recommend” this content across the platform.

This includes showing it on the Home timeline, Search, and Explore section of the app or website. Twitter will also “prioritise adding warning notices to highly visible tweets and tweets from high profile accounts, such as state-affiliated media accounts, verified and official government accounts,” which contain such false information.

So what happens when Twitter adds a warning notice to a piece of misinformation? Well, users will still be able to see after clicking through the warning notice. But the content won’t be “amplified or recommended across the service.” Further, Twitter will disable the option to like, retweet or share that particular piece of content.

“We’ve found that not amplifying or recommending certain content, adding context through labels, and in severe cases, disabling engagement with the Tweets, are effective ways to mitigate harm, while still preserving speech and records of critical global events,”

The first iteration of this policy is focused on international armed conflict, starting with the war in Ukraine, and Twitter plans to “update and expand the policy to include additional forms of crisis.” “The policy will supplement our existing work deployed during other global crises, such as in Afghanistan, Ethiopia, and India,” the company said.

Twitter Inc. said it is rolling out a new crisis misinformation policy in an effort to limit the spread and amplification of information that is deemed to be false.

The social media company said it defines crisis, for the purposes of this policy, as situations in which there is a widespread threat to life, physical safety, health or basic subsistence.

In such situations, the company said it will determine whether claims are misleading through verification from multiple credible, publicly available sources, including evidence from conflict monitoring groups, humanitarian organizations, journalists and others.

If a claim on the platform is found to be misleading, Twitter won’t amplify or recommend that content, including in the home timeline as well as the search and explore features.

The company said it will also add warning notices to certain tweets, including those from high-profile accounts and accounts controlled by governments or state-affiliated media. On those tweets, users would have to click through the warning to view the tweet, and it won’t be able to be liked, retweeted or shared, Twitter said.

“While this first iteration is focused on international armed conflict, starting with the war in Ukraine, we plan to update and expand the policy to include additional forms of crisis. The policy will supplement our existing work deployed during other global crises, such as in Afghanistan, Ethiopia, and India,” Twitter Head of Safety & Integrity Yoel Roth said.