What Is Blockchain and why block chain is the future.?

What Is a Blockchain?

A blockchain is a decentralised database that is shared across computer network nodes. A blockchain acts 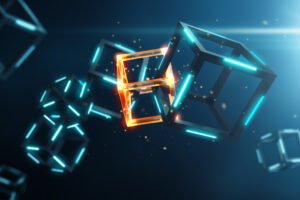 as a database, storing information in a digital format. Blockchains are well recognised for their critical function in keeping a secure and decentralised record of transactions in cryptocurrency systems like Bitcoin. The blockchain’s novelty is that it ensures the accuracy and security of a data record while also generating trust without the requirement for a trusted third party.

How Does a Blockchain Work?

The purpose of blockchain is to enable for the recording and distribution of digital data without the ability to modify it. In this sense, a blockchain serves as the foundation for immutable ledgers, or transaction records that can’t be changed, erased, or destroyed. Blockchains are also known as distributed ledger technology because of this (DLT).

The blockchain concept was initially presented as a research project in 1991, and it before its first popular use in usage, Bitcoin, in 2009. The emergence of numerous cryptocurrencies, decentralised finance (DeFi) apps, non-fungible tokens (NFTs), and smart contracts has skyrocketed the usage of blockchains in the years thereafter.

Consider a corporation that has a server farm with 10,000 machines that is used to keep track of all of its clients’ account information. This corporation owns a warehouse facility that houses all of these computers under one roof, and it has complete control over each of them and the data they hold. However, this creates a single point of failure. What happens if the power goes out at that location? What happens if its Internet connection is lost? What if it all goes up in flames? What if a bad actor uses a single keystroke to wipe everything clean? The data is either lost or damaged in either situation.

In numerous ways, technology delivers decentralised security and trust. For starters, new blocks are always recorded in a linear and chronological order. That is, they are always appended to the blockchain’s “end.” It is exceedingly difficult to go back and change the contents of a block once it has been appended to the end of the blockchain unless a majority of the network has agreed to do so. That’s because each block has its own hash, as well as the hash of the block preceding it and the time stamp described before. A mathematical function converts digital data into a string of numbers and letters, resulting in hash codes. If the data is changed in any manner, the hash code will change as well. 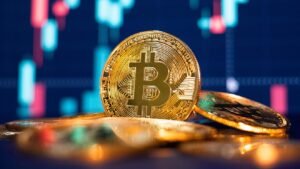 Stuart Haber and W. Scott Stornetta, two researchers who aimed to develop a system where document time stamps could not be manipulated with, initially proposed technology in 1991. Block chain didn’t have its first real-world use until over two decades later, with the debut of Bitcoin in January 2009.

A block chain is the foundation of the Bitcoin protocol. Bitcoin’s pseudonymous developer, Satoshi Nakamoto, described it as “a new electronic cash system that is totally peer-to-peer, with no trusted third party” in a research paper introducing the digital currency.

Block chains have been hailed as a game-changer in the financial sector, particularly in the areas of payments and banking. Banks, on the other hand, are not the same as decentralised block chains.

Let’s compare the banking system to Bitcoin’s implementation of block chain to observe how it varies from blockchain.

How Are Blockchains Used?

Blocks on Bitcoin’s block chain, as we now know, hold data about monetary transactions. More than 10,000 more cryptocurrency systems are already functioning on the block chain. However, it turns out that blockchain may also be used to store data about other sorts of transactions.

Walmart, Pfizer, AIG, Siemens, Unilever, and a slew of other corporations have already used block chain technology. IBM, for example, has developed the Food Trust block chain to track the path that food goods travel to reach their final destination.

Pros and Cons of Blockchain

What’s Next for Blockchain?

Block chain is finally gaining a reputation for itself, thanks in no little part to bitcoin and cryptocurrencies, with numerous practical uses for the technology already being deployed and researched. Block chain, which has become a phrase on the lips of every investor in the country, promises to make corporate and government processes more precise, efficient, secure, and cost-effective by eliminating middlemen.

As we approach the third decade of block chain, the issue is no longer if older organisations will adopt the technology, but rather when. Today, we are seeing a rise in NFTs and asset tokenization. The next several decades will be a critical phase for block chain development.

TCP/IP has most certainly paved the road for block chain acceptance, in addition to offering a decent blueprint. TCP/IP has become widespread, and block chain applications are being built on top of digital data, communication, and compute infrastructure, lowering the cost of experimentation and allowing for the fast emergence of novel use cases. The Bitcoin is the first successful implementation of blockchain. Today, the world has found applications of block chain technology in several industries, where the trust without the involvement of a centralized authority is desired. So welcome to the world of Block chain.