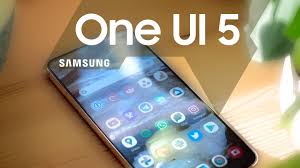 Samsung made an almost miraculous transformation over the last few years. The company has always made some of the best-selling Android smartphones, but it was long criticized for its slow system updates. Samsung also took a lot of slack for its bloated TouchWiz UI. This changed with its switch to One UI, preceded by a short period in 2016 when the company simply called its software the “Samsung Experience.”One UI was introduced in 2018 during Samsung’s developer conference and then launched alongside the Galaxy S10 and the original Galaxy Fold. The new software lives on top of Android, which we will focus on here, but soon also spread to other form factors. Other than on phones and tablets, One UI’s distinct design language and navigation paradigms can be found on smartwatches and laptops made by the mobile division of Samsung.

As Samsung’s fifth iteration of its software is rolling out, Samsung One UI 5, we had the opportunity to sit down with Sally Jeong, the company’s Vice President of Android Framework R&D. We talked about how Samsung managed to take on this big transition, how important customers and beta users are to Samsung in its software decisions, and how closely the company works with Google to achieve this impressive recent track record.

Android Police: Thank you so much for your time, Sally. Would you like to introduce One UI 5 and yourself for us and our audience before we dive in? What were your greatest achievements with One UI?

Sally Jeong: One of the major things that we achieved was that we greatly expedited the delivery time to about two months, and we have multiple Galaxy devices which use One UI. The time it takes to deliver a One UI update to one of the first Galaxy devices and the last one has also greatly reduced to about one-third of what it used to be. 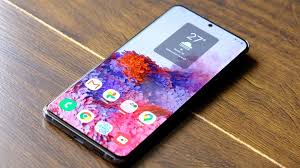 To enable that reduction of the overall schedule, we had to focus not just on the specific features but also on making enhancements in the overall structure or framework of how we do the delivery. So, we focus mainly on providing the users with clear usability and simple functionality. Also, One UI is based on Android. So we had to collaborate very closely with Google, and we also managed to increase the overall efficiency of that collaboration as well.

Myself, I’ve been involved with the One UI development from the beginning, and, since we have One UI version 5, one of the things that our users particularly like is the smoothness of the features and the usability. For example, many say that the animations are now much smoother than what they used to be.

AP: It’s clear that Samsung went from a place where it was one of the slowest manufacturers in terms of long-term Android update support to one of the fastest, if not the fastest. I’m curious how you went from this place and what the biggest challenges were that you had to overcome to achieve this.

SJ: First of all, speeding up the development and deployment process was not just something to be done between the first version and the second version. We have been working on it constantly, improving all the relevant processes and delivery together from the start. It’s a constant effort.

When you look at One UI, we started from Android. Android has been developed for quite a long time by many providers. That’s why there were certain features that were initially asked for by, for example, carriers. And as time passed, some of these features became outdated or integrated or had to be integrated. So we made a lot of effort in refining the whole set of features, reviewable features that were available in fragmented sets that we could integrate and consolidate together. We tried to standardize a set of features that we wanted to provide with One UI.