WhatsApp will soon let you speak your status.

The new status update capability is nested among a rather batch of upcoming WhatsApp features. According to WABetaInfo(opens in new tab), the company is working on 10 new tools. Most are currently available through the beta version of the Android app with one exclusive to iOS devices. 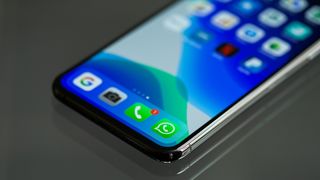 On Android, WhatsApp is currently testing voice status updates(opens in new tab) allowing users to record and share voice notes as a status instead of plain text. You will have a maximum recording time of 30 seconds, and if you don’t like what you hear, you can toss out the status before recording another update. Notes are confirmed to be end-to-end encrypted, “ensuring that only the people you choose with your privacy settings can listen to them.” They also automatically disappear after 24 hours or you can delete them yourself at any time.

There are restrictions for the current version of voice status updates, however. Not everyone who downloads the beta app will have the opportunity to record updates as it’s only going out to a select few. Plus other users will need to have the beta installed on their phones in order to listen.

Next, the development team is working on a revamped chat transfer(opens in new tab) feature for securely moving your chat history over to a new Android device without needing to use Google Drive; effectively removing the middleman. The way the migration works is you need to open the chat transfer tool on your old phone first, then scan a QR code(opens in new tab) on the new device’s copy of WhatsApp. It appears this is exclusive to Android phones, as according to WABetaInfo, an iOS version “is not planned at the moment.”

And the final noteworthy Android changes are the new shortcut-blocking features. One will let you block a person within the chat list(opens in new tab) without having to open the whole conversation while the other allows users to block contacts from inside a notification(opens in new tab). Be aware the latter feature only appears when you get a message from an unknown source. That way, you don’t accidentally block someone you know.

For iOS, WhatsApp is adding tabs to the in-app camera(opens in new tab) so you can switch between taking photos or shooting videos on the fly instead of pressing and holding the on-screen button. It’s unknown if the video mode will continue recording after switching to photo mode or if it will stop. Hopefully, it’s the former, because it would be disappointing if the recording stops after switching.

Unfortunately, the iOS beta program(opens in new tab) for WhatsApp is full, so any new interested iPhone owners won’t be able to try out the upcoming camera mode. The latest Android beta, however, still has room for testers via the Google Play Store(opens in new tab). Official launch dates remain unknown for everything.

While we have you, be sure to check TechRadar’s recent list of the best free Android apps available through the Google Play Store. It’s a massive list spanning 11 pages and covering education, travel, and camera apps.